The history of the office chair 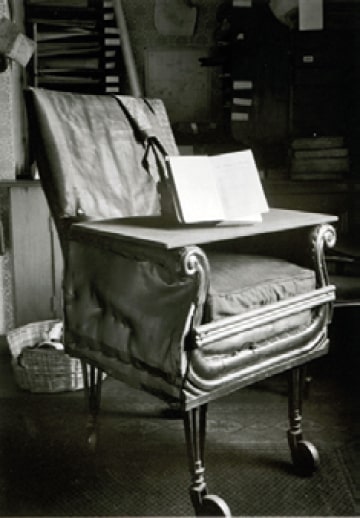 Charles Darwin is one of the earliest known innovators of the office chair, as he decided to alter his armchair by removing the existing legs, replacing them with the wheeled legs from his bed.

He did this so that he could move around and get to his specimens more quickly. 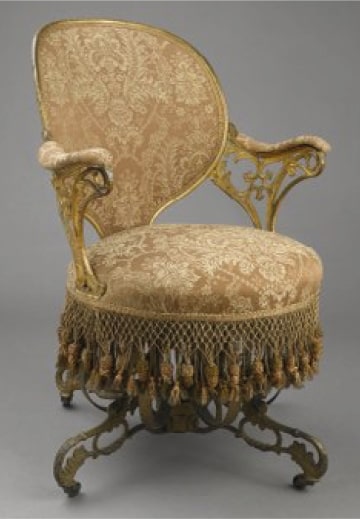 Designed by Thomas E Warren, the Centripetal Spring Armchair was made of cast iron, varnished steel, with wood and velvet upholstery.

The chair offered tilt movement in all directions, has a revolving seat, and caster wheels for ease of movement. 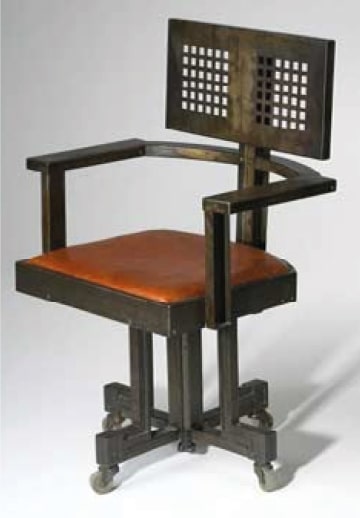 The Larkin was launched in 1904 and was one of designer Frank Lloyd Wright’s earliest and most ambitious commissions.

Made from cast iron, bent steel, and leather, Wright was against unnecessary decoration applied to buildings during the Victorian Era, which you can see from the simplicity of this chair design. 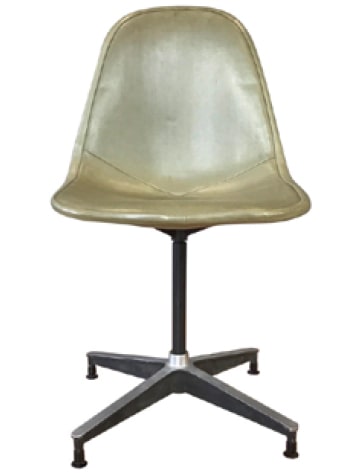 The Herman Miller Eames chair was created by Charles & Ray Eames in 1954 and was the first generation of swivel side chairs.

The chair has the iconic four point ‘spider’ base and is upholstered with a removable cover over cattle hide hair and latex foam cushion. 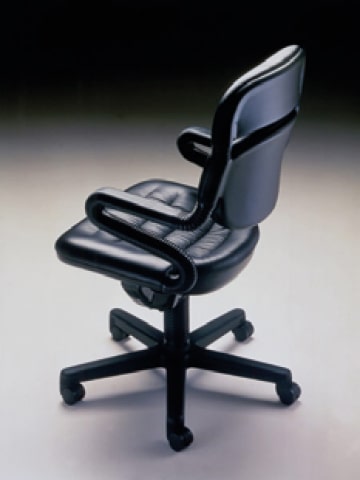 Designed by Emilio Ambasz and Giancarlo Piretti, the Vertebra armchair was the first automatically adjustable office chair, allowing the chair to respond and adapt to offer the needed level of comfort.

The Vertebra chair won the ID Award for Excellence of Design in 1977 and begun the research into ergonomically designed chairs. 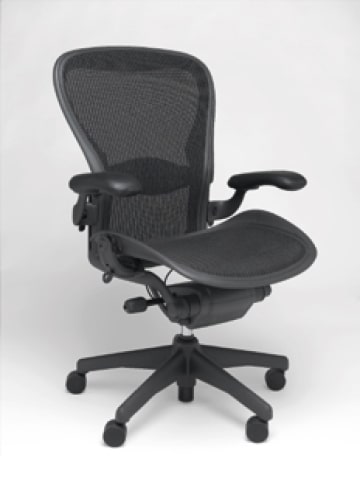 Created by Donald T. Chadwick and Bill Stumpf, the original Aeron o ce chair was made by Herman Miller.

The chair was named after the Celtic God Aeron, and became popular with web start ups during the late 1990’s. 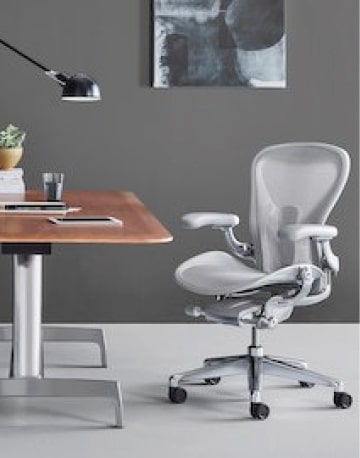 The Herman Miller Aeron continued to be the most popular office chair into the 2000’s.

In 2010 the Aeron was named America’s best selling chair, with over 1 million being produced every year. 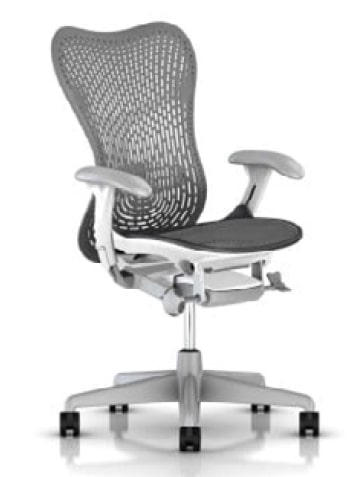 The best rated office chair of 2019 is the Herman Miller Mirra.

The Mirra 2 offers 10 different adjustment settings, whilst being comfortable and supportive.

It offers fantastic posture support and is designed to regulate temperature to make the user as comfortable as possible. 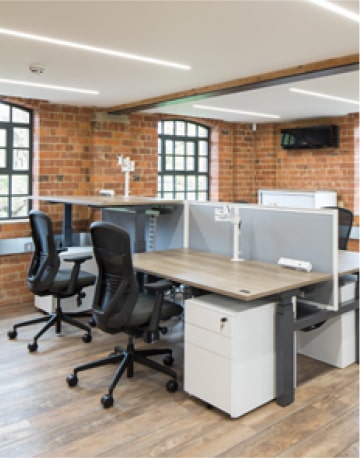 With the focus now on health and wellbeing, it’s no surprise that we are seeing an increase in sit stand desks, moving away from the office chair altogether.

Whilst this seems to be the trend, we don’t believe that the office chair will be eradicated all together. There is also the trend of treadmill desks, balance boards, which all encourage movement whilst also offering the option to sit down.